Collection II of the Arsenal Gallery in Białystok. Works inaugurating the collection of the Podlaskie Association for the Promotion of Fine Arts, bestowed by the Minister of Culture of the Republic of Poland, Waldemar Dąbrowski

The Final Liberation 1 and The Final Liberation 2 are an expanded continuation of the artist’s explorations which began with a series titled Pozytywy [Positives] (2002–2003). There, Libera used a number of photographic images documenting the most important events of the past several decades, subjecting them to a far-fetched reinterpretation. Owing to the unchanged composition of the original settings and the obvious associations with the original images, still alive in both culture and the collective memory, the expression of Libera’s photographs remains very much alive.

In the case of The Final Liberation, the artist’s strategy was slightly different. The photographs presenting the smiling Iraqi women welcoming American soldiers are a complete mystification set up in the artist’s studio. The fake photos were published in “Przekrój” magazine (13.04.2003; the works in the collection are their large format version from 2004), and thanks to the context of a “press news”, they have deluded the reader to the extreme. The effect was so strong that captions had to be placed on the cover photo: “This has not really happened! This was only Bush’s dream”. In any case, everything here is misleading. As we read, “Dreems become reality”.

Libera’s work tells us that the objectivism of mass information is merely illusory. The artist undermines the credibility of press information, unmasking the manipulative power of the media and the possibilities of fabricating any piece of news. Knowledge and power are the necessary tools for managing societies, and a prepared news item is opium for the masses. Libera’s works clearly show that we should never be sure whether the press is actually giving us a real account of reality. To quote the work Cykliści [Cyclists] from the Positives series – it refers to a famous photographs from World War II created for German propaganda purposes and known as the representation of “the Wehrmacht soldiers forcing on the 1st of September 1939 the border post barrier at the Polish-German border”. In reality, the photograph was taken on the 14th of September at the border crossing in Kolibki between Poland and the Free City of Gdańsk. Libera has thus used a photo which had already been manipulated and hence his own work is twice as powerful. 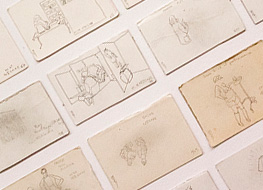 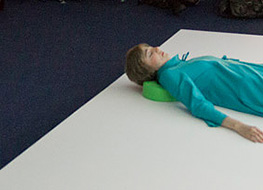